The King’s Arms is a grade II listed, family run traditional freehouse in the middle of the ‘Tring Triangle’.

We offer great food freshly prepared in our kitchen, well-kept real ales (a regular in the Good Beer Guide) and a great variety of drinks. These can be enjoyed sitting by one of our open fires, in our cobbled courtyard, or whilst having a game of darts.

As well as the main pub we opened The Coach House in 2015 which is our function room. Suitable for corporate or family events. 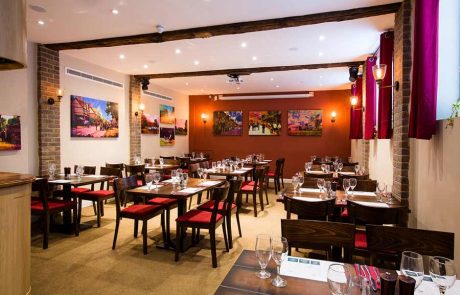 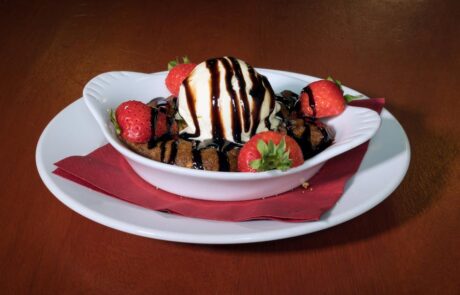 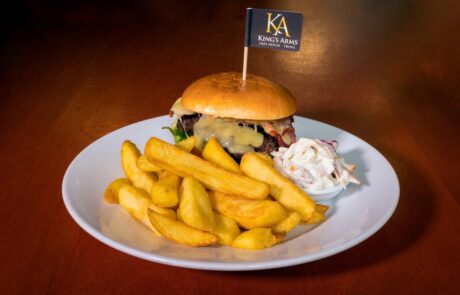 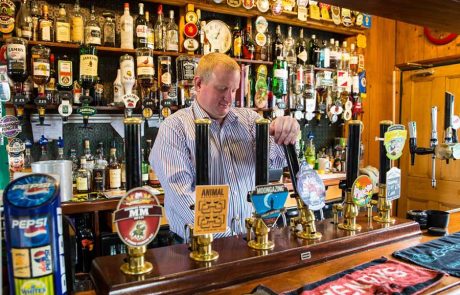 The King’s Arms was built in the early nineteenth century around 1830, for John Brown’s Tring Brewery (still highly visible but now a High St. stationers). When built, the the pub’s land included the top end of Charles St. (which was a dead end) and the pub’s orchard was where the two bungalows ‘Kosy Corner’ and ‘Corners’ now stand.

Brown’s distinctive architectural style was used on a number of other pubs in and around Tring as he expanded his estate. The ‘KA’ as it is known by regulars, has always been a pub, and internally in layout has not changed greatly in the last 200 odd years. Brown built grandly beside what was then the main London to Aylesbury road, catering initially for the army of navvies employed in building the railway, and in the expectation that expansion of the town would follow its completion.

As things turned out, the expected boom failed to materialise and the town centre grew slowly elsewhere, taking the main road along what became Western Road and the High Street. This left the pub rather isolated; later it became surrounded with the houses, shops and workshops that is now known as the ‘Tring Triangle’. At some time during the second half of the 19th century the range of stables and warehousing that bound the garden were built (presumably by the Brewery for general commercial use).

In 1898 Brown’s pubs were bought by Locke and Smith’s Berkhamstead Brewery which in turn went to Benskin’s Watford Brewery in 1913. Graham Greene records in ‘A Sort of Life’, as a young man in Berkhamsted around 1920, taking ‘exciting car rides to the King’s Arms in the neighbouring town of Tring’.

In 1957 Benskin’s in turn was swallowed up by Ind Coope (a large brewery combine) as part of what became a geographical stranglehold of pub ownership by the infamous ‘Big Six’ Brewers. In the hands of Allied Breweries many pubs suffered near-terminal neglect and asset stripping through the 1970s. The King’s Arms orchard was sold off in the late 1960s and the warehouse buildings let to a maker of pickles and jam, who was still there when we moved in.

The KA (along with a number of other local pubs) was closed, boarded up and offered for sale in 1979.

It was not expected that any of these pubs would reopen; one that did was the King’s Arms. It was bought by a local couple in 1980, tore down the boards and started work. In June 1981 it was reopened it as it is now. The pink, grey and green colour scheme was chosen to distance the pub from previous corporate Brewery colours and customary drab, cream nicotine-stained interiors.

Over the next 32 years it built a strong reputation as the pub to go to for real ale beer, home-cooked food and a bright, clean, friendly and warm welcome.

In January 2014 it was bought by the Muirhead family, already regulars of the King’s Arms and known in the community through their involvement with Tring’s Court Theatre and Tring Carnival.

They have retained the environment of the KA, we are still very much a community pub with no electronic distractions (TVs, gaming machines, juke box, etc). They have also brought in their passions, so as well as keeping great ales, they also have an extensive range of spirits. 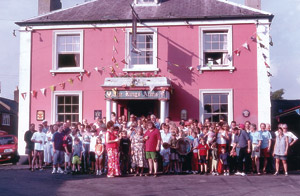 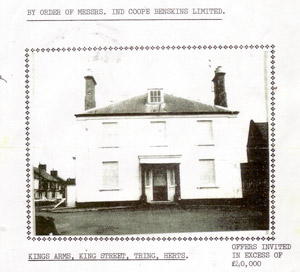 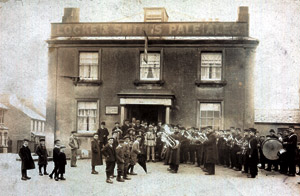